This implementation is coded in Node.js and Express, and is the preferred choice of OAuth agent for companies who use Javascript or Typescript code to develop cloud native microservices. If you need to make minor changes, for whatever reason, you can fork the repo and adapt the code.

First get the code, which is a standard Node.js API that uses the Express HTTP server, and the repository contains both code and test resources. Ensure that an up to date version of Node.js is installed, according to the GitHub repository's README instructions. 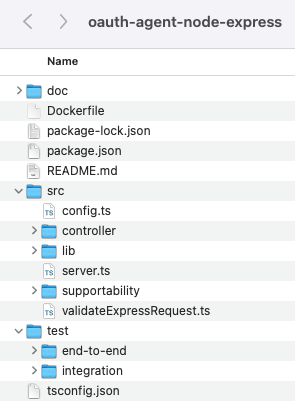 The logic for the OAuth Agent can be studied and adapted if needed. The controller source files provide an outline of processing, including cookie issuing. To understand the main interaction with the Authorization Server, see the authorizeUrl and getToken modules within the lib folder.

This is done in the standard Node.js manner, after which the API's HTTP endpoints are available for a client to call:

When working on the OAuth Agent as an API it is useful to initially avoid a browser and use a test driven approach. Integration tests use Wiremock to mock the endpoints of the Curity Identity Server. Run all integration tests with these commands, to start the API and wiremock, then make HTTP requests: 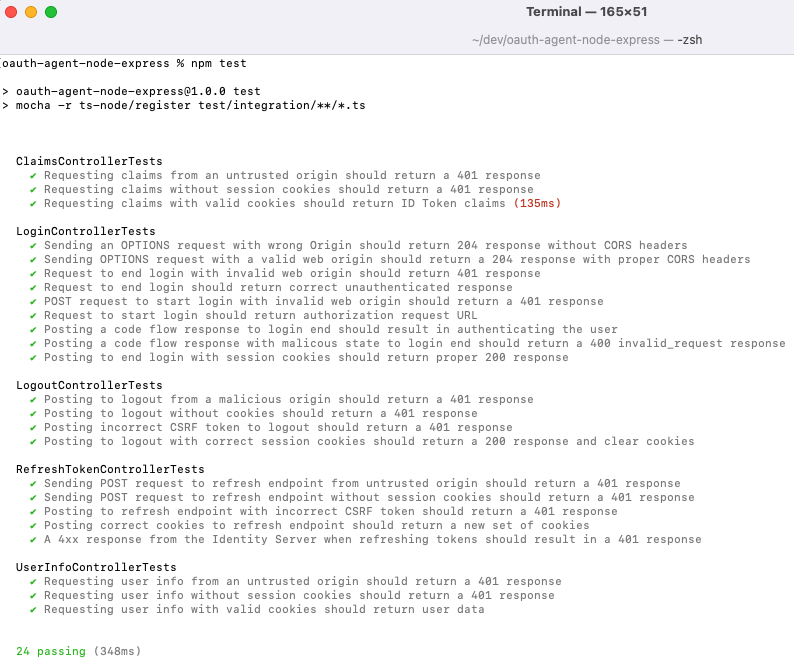 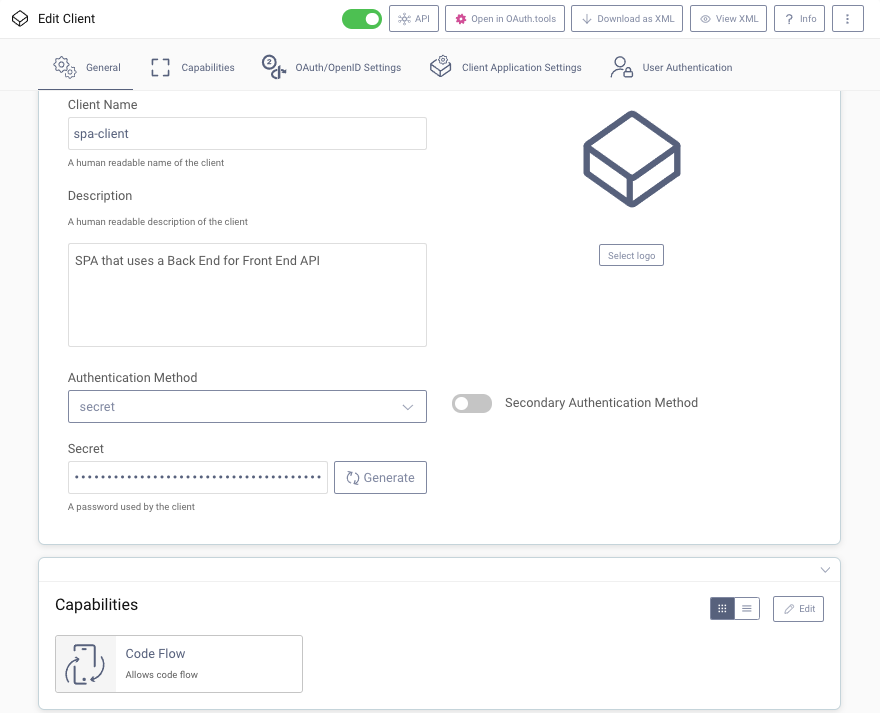 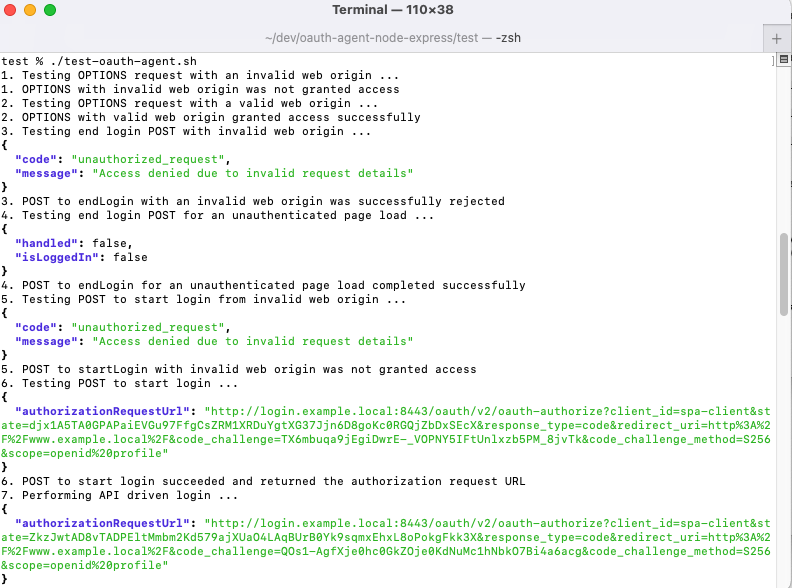 The Example SPA can use a deployed instance of the Node.js OAuth Agent, by running the SPA deployment with the following commands. For further details on how deployment works, see the Deployment Example.