The role of the main token handler API (the OAuth agent in the below diagram) is to handle the OpenID Connect flow for Single Page Applications (SPA). This includes issuing of secure cookies for the browser and managing follow-on operations for token refresh, retrieving user info and signing out:

This implementation is coded in Kotlin and implements OpenID Connect using the following three financial-grade features. The SPA then uses only the strongest HTTP Only, SameSite=strict cookies in the browser, while JWT access tokens are used in a standard way by APIs.

The following operations represent the Token Handler’s API interface, and all of these are designed to serve SPAs via Ajax requests from the browser. This enables the SPA to fully control behavior such as when redirects occur:

A token handler is a tricky API to develop, since its main focus is on browser and OAuth infrastructure:

The token handler comes with a suite of Spock integration tests which make API calls to the handler. Wiremock is used in the test suite to mock responses from the Authorization Server. You can run these tests by issuing ./gradlew test command or straight from an IDE. These tests do not require any external dependencies or environment settings and are a good starting point when working with the handler.

Follow the instructions below to test the token handler using an instance of the Curity Identity Server instead of mocked responses. This option can prove useful for manual testing of the token handler features. Curity has also provided a curl-based client which runs the usual flows.

Next ensure that the following components are installed:

You will also need a license file for the Curity Identity Server with support for financial-grade features. This will be the case if you have a trial license.

When running on a development computer, the token handler is configured to use the following base URLs:

For this to work you must first add the following entries to the local computer’s hosts file:

Next run the following commands, which execute a script that uses OpenSSL to generate local development certificates:

The following client and server certificates are then created, along with a root certificate authority, and they will be used by the token handler and Authorization Server: 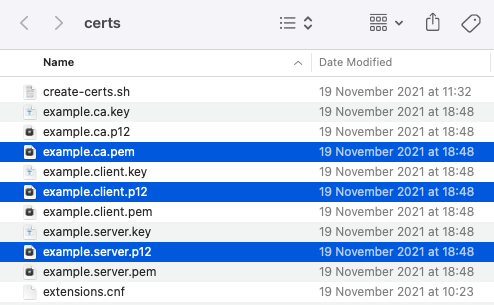 Finally configure the Java runtime to trust the root certificate authority, via a command that points to your Java SDK:

Run the API from the command line via gradle, or use your preferred Java IDE:

The OAuth logic for the token handler API can be studied and adapted if needed. The controller source files provide an outline of processing, including cookie issuing. To understand the main interaction with the Authorization Server, see the AuthorizationServerClient class:

This is done by first copying a license file into the test/idsvr folder and then running the deploy script, which will spin up the Curity Identity Server in a Docker container:

You can then log in to the Admin UI with credentials admin / Password1 to view client configuration details. OAuth requests on behalf of the SPA are initiated from the token handler, which uses Mutual TLS client authentication when it calls the Authorization Server: 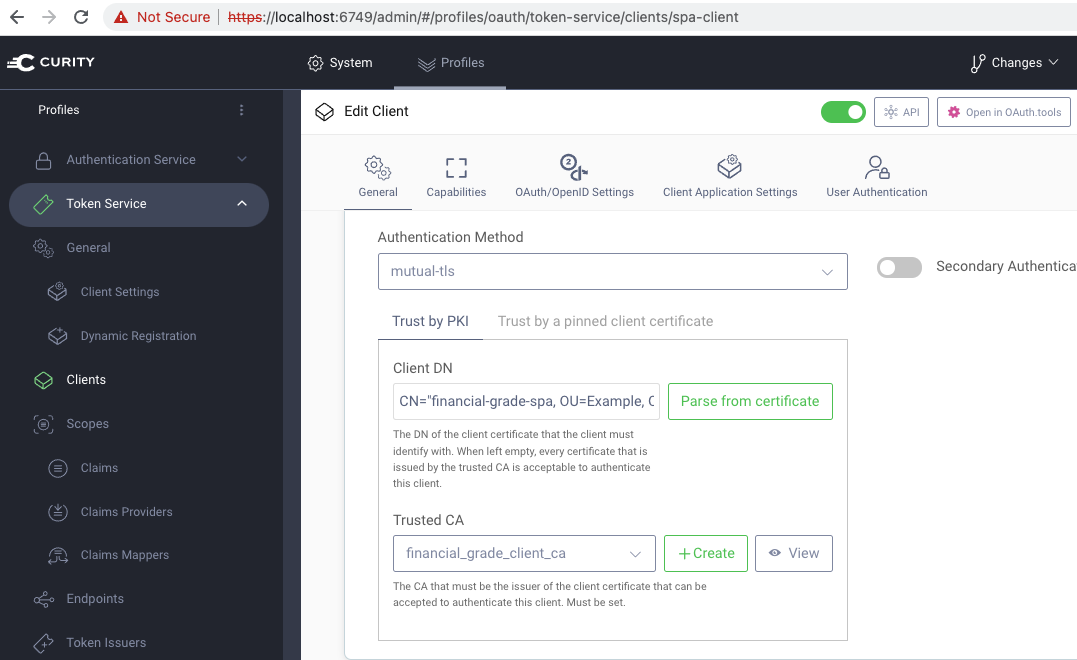 Later, when you have finished with the token handler, you can free all Docker resources by running this script:

During token handler development it can be useful to use a test client that sends the same HTTP requests as an SPA, but avoids the need to continually switch to a browser and extract values such as authorization codes. Curity have provided a script based client using the popular curl and jq tools, and it is run via the following commands:

The script runs a complete SPA workflow, using a preconfigured user account shipped with the Docker deployment. This begins with a login, then continues with refresh and user info requests, finishing with a logout. This fast feedback will enable any coding bugs in the token handler to be quickly found and ironed out: 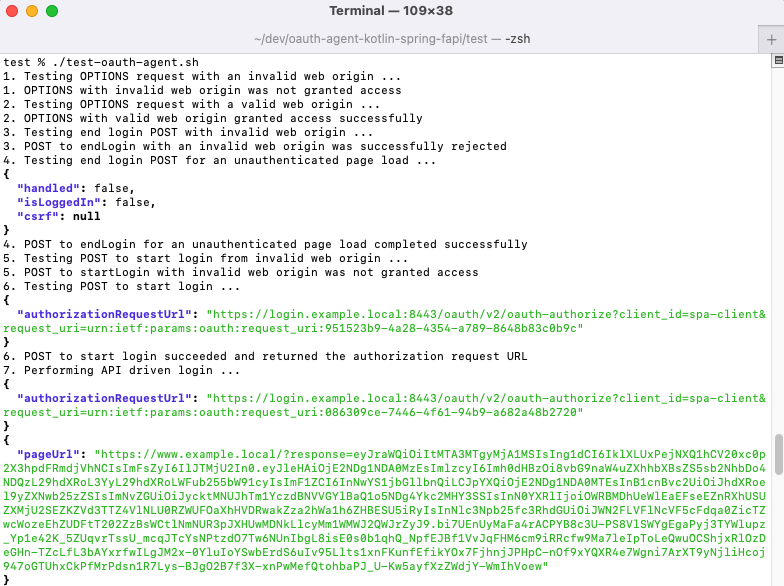 The result is a URL of the following form, where PAR protects against potential request tampering in the browser. This URL is returned to the SPA client, which has no knowledge of OAuth security details, and simply redirects on the request URL it is given:

When a login completes, the SPA receives a JWT query parameter containing the code and state. Use of JARM protects against potential response tampering in the browser. The SPA then posts this URL to the token handler:

The token handler deals with validating the response JWT and extracting the code and state parameters. After validation checks the flow continues in the standard way, by redeeming the code for tokens. This is done via a back channel request to the Authorization Server, which again uses Mutual TLS to authenticate the client:

Tokens returned in the response are then stored in HTTP Only encrypted secure cookies that are returned to the browser but not accessible from Javascript code. AES256 symmetric encryption is used to encrypt the cookies, with a key only known to the token handler.

Once the API is working as expected and any code changes have been completed, you can then deploy it and test with real SPAs running in the browser. This is simply a case of pointing the SPA to the base URL of the token handler in the deployed environment:

See the following articles for further details on running a fully integrated solution:

This code example showed how the token handler pattern can be used to extend an SPA with financial-grade website security features. If required companies can further adapt Curity’s token handler implementation for their own purposes, by following the API development steps in this tutorial.