Our article answering the question What is PSD2? discusses the regulatory requirement that users must consent to the amount of money being paid, and to which party, before payment can be taken.

This article explores how to meet this requirement for an Open Banking scenario involving the following parties:

In OAuth-secured applications, authorization redirects are most commonly used during the login process. An app externalizes the authentication complexity to an Authorization Server, which issues a general-purpose access token to the application.

It is also possible to use authorization redirects to prompt for user consent. This is often necessary for high privilege operations, such as issuing a payment. In such cases, the unique security features of the Authorization Server can again be used to issue high privilege tokens.

The Consentors Developer Article explains the role of consentors and how they are configured in The Curity Identity Server:

Consentors perform additional processing during delegation and token issuance. This can include processing runtime data, capturing the user's consent via external signing systems, then recording consent in a verifiable manner.

The App2App Article explains how a Merchant App can meet its Strong Customer Authentication (SCA) requirement via a Bank Login App. The same Bank App would then be used to meet the User Consent requirement via a second authorization redirect. This flow typically involves the following high-level components:

Although there are quite a few components involved, all of the difficult security work is externalized. In particular, the Merchant App only needs to open a system browser and form an OpenID Connect authorization redirect.

An Open Banking Merchant App would typically start by asking the user to select a bank. After which, it would prompt an App2App login. The workflow then continues as illustrated below:

Note that the Prefix Scope is registered in the Authorization Servers as a value such as transaction- and then assigned to OAuth clients. Any runtime identifier can be appended to the prefix to form the full scope name.

When the authorization redirect reaches the Bank Authorization Server, the user will typically already be signed in, so authentication will be a Single Sign-On event. The consent process then executes and involves the following steps:

The handover to the signing app occurs when the Merchant App's system browser renders an initial screen. This gives the user options for launching their Mobile Banking Signing App, which could be installed on a separate device. 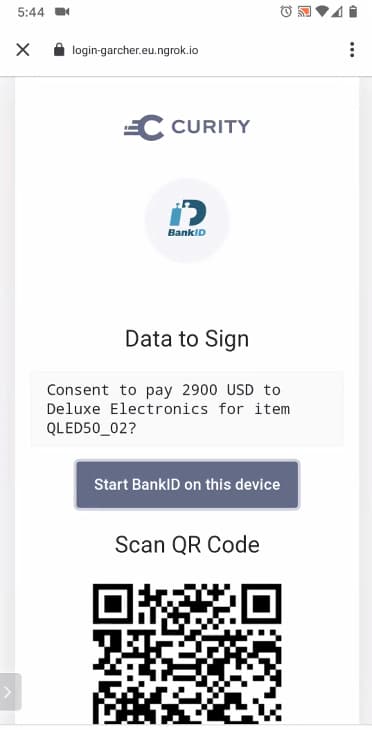 User consent then occurs in the Banking App, informing the user how much money is requested and who the Merchant is. The user will be asked to submit a signed request to record their consent in a verifiable manner: 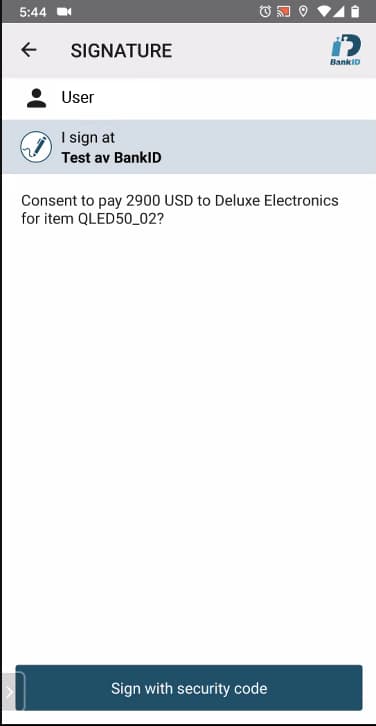 This illustrates a scenario where the bank uses BankID as their signing solution, though the implementation could be changed to any other strong signing or authentication service.

The Bank Authorization Server will be notified of completion by the Signing Service. The following technical steps then occur to process the consent result and return the user to the Merchant App:

The standard process of redeeming authorization codes for tokens then occurs, as illustrated below. As for the App2App flow, this is handled by returning only an opaque reference token to the Merchant App and saving the high privilege bank token in the Merchant's Authorization Server's state.

Finally, the Merchant App can complete the transaction by sending its reference token to its own back end. The Merchant API will then call the Bank Transactions API over Mutual TLS with the high privilege bank access token:

In both the Merchant and Bank Authorization Servers, two different connections will be configured; one for App2App logins and the other for Consent. In the below Curity Identity Server configuration, the Merchant configures a Bank OpenID Connect Authenticator to use for the consent redirect: 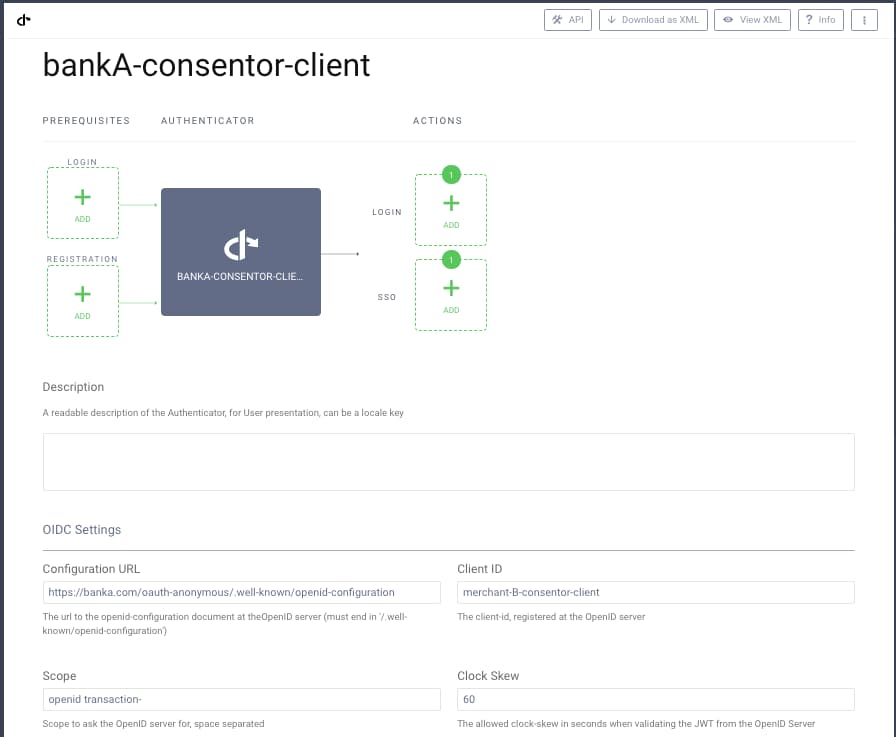 Similarly, the Bank configures an OAuth Client for a particular Merchant to use for consent. The Merchant client connections will be created via Dynamic Client Registration, as discussed in the What is Financial Grade? article. 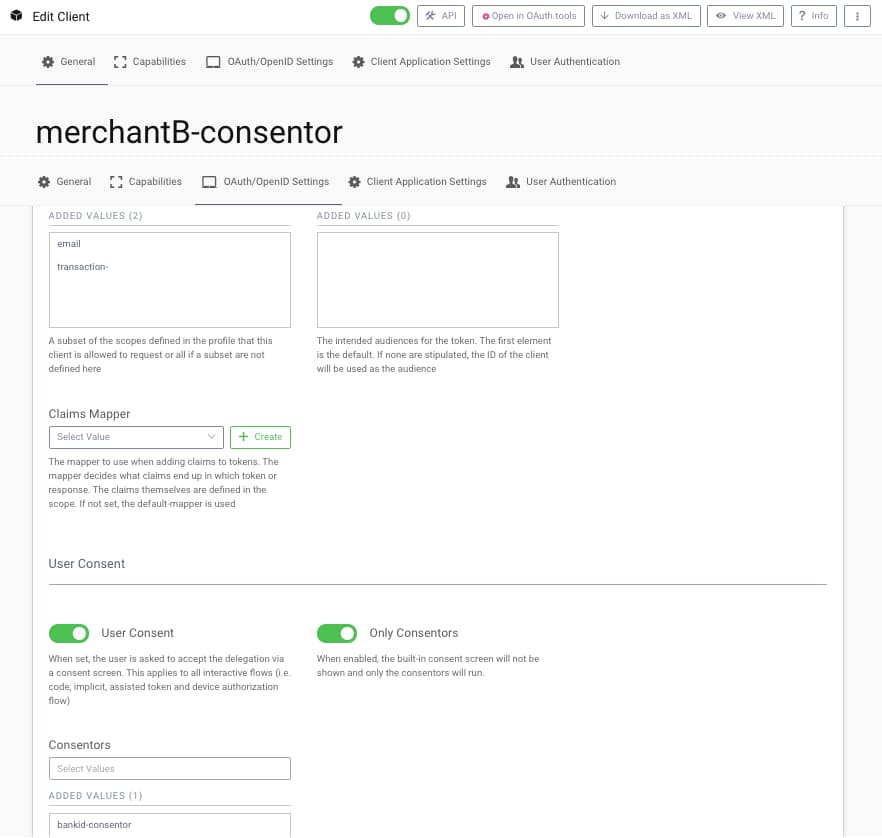 The below video tutorial walks through using consentors in The Curity Identity Server in a step-by-step manner. The associated Curity configuration is also available in the Consentors GitHub Repository.

Consentors are a mechanism to manage user consent dynamically, deal with runtime money and account details, and provide digitally verifiable proof of this consent. This enables business partners to securely interoperate and receive trusted data while ensuring that the user is in control.