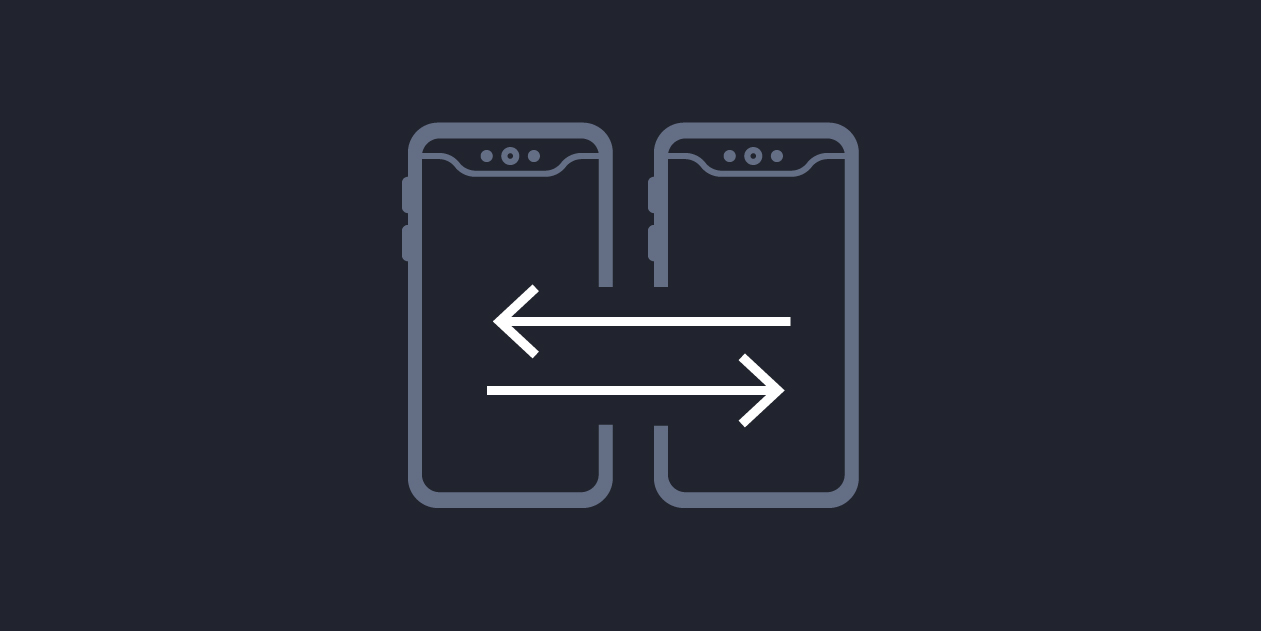 App2App login is a common authentication pattern in open banking, as it helps third-parties use native authentication methods. Yet, as banks increase their reliance on App2App and OAuth 2.0 for Native Applications, some problems have emerged. To enable the best UX and a high degree of flexibility, I recommend allowing the server to drive the authentication workflow. To enable this, we'll see why a Hypermedia Authentication API (HAAPI) is the best method to dictate a robust App2App authentication scheme.

RFC 8252 describes an OAuth flow where a native application or mobile app opens up a browser window and performs the authorization request and user authentication inside it. This allows systems to use a central point of authentication with a standard interface.

At Curity, we've used OAuth 2.0 for Native Apps often with our customers as it enables them to build great authentication workflows. But, the need for a browser window is getting some pushback from User Experience (UX) designers. The UX is becoming degraded, especially when using an authenticator app to perform the authentication (as it involves opening a new browser window just to start the authenticator app). After authentication is done, returning to the app via the browser is less than ideal. Since some OS's also add in confirmation dialogs before switching applications, the user experience can become quite poor. 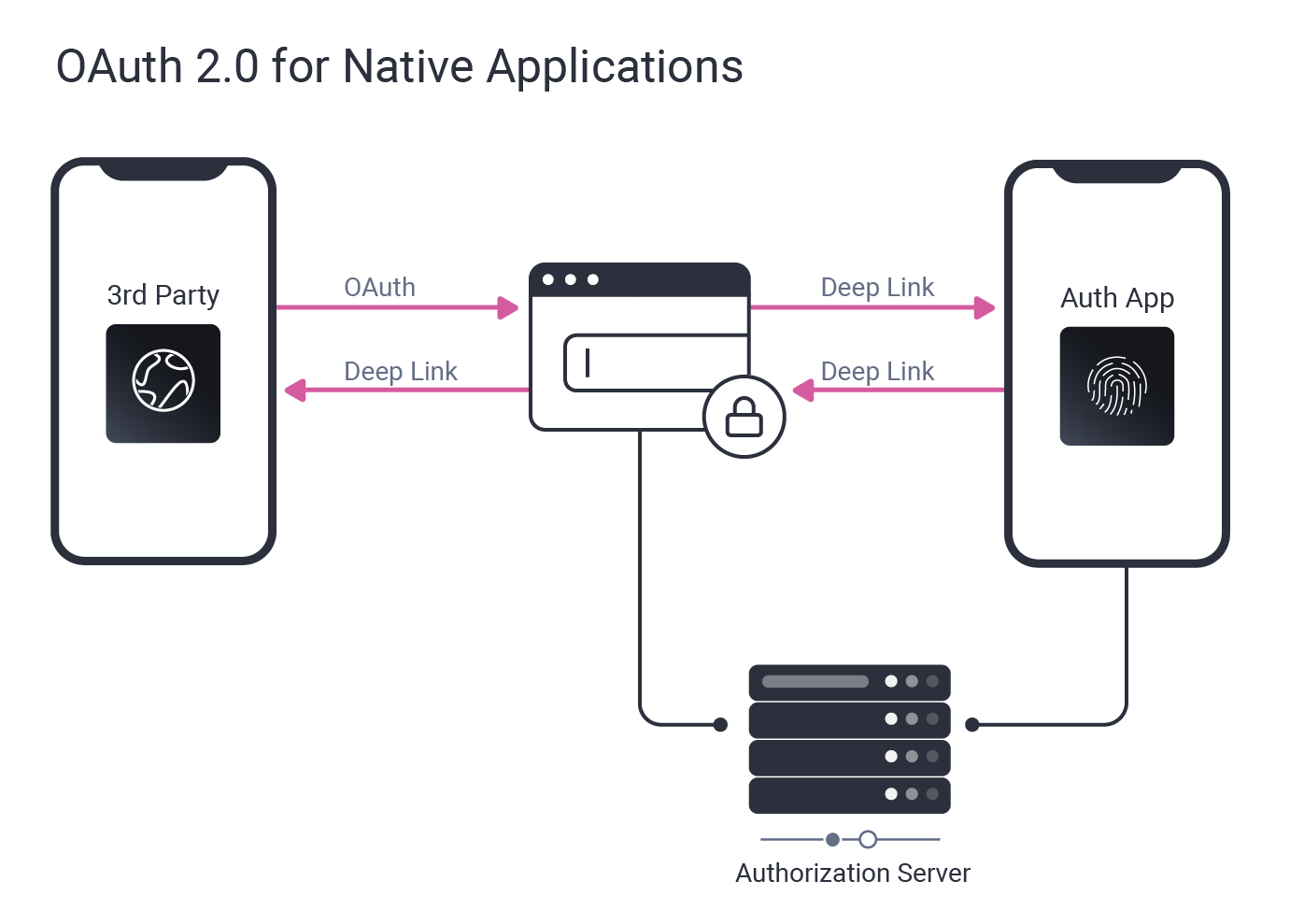 The App2App pattern requires a mobile app to implement the OAuth authorize endpoint, which will be used by the third-party to trigger the authenticator app using a deep link. When the authenticator app is triggered, the app proxies the request to the "real" authorization server and performs user authentication using the methods available. This has some UX benefits over the browser method: 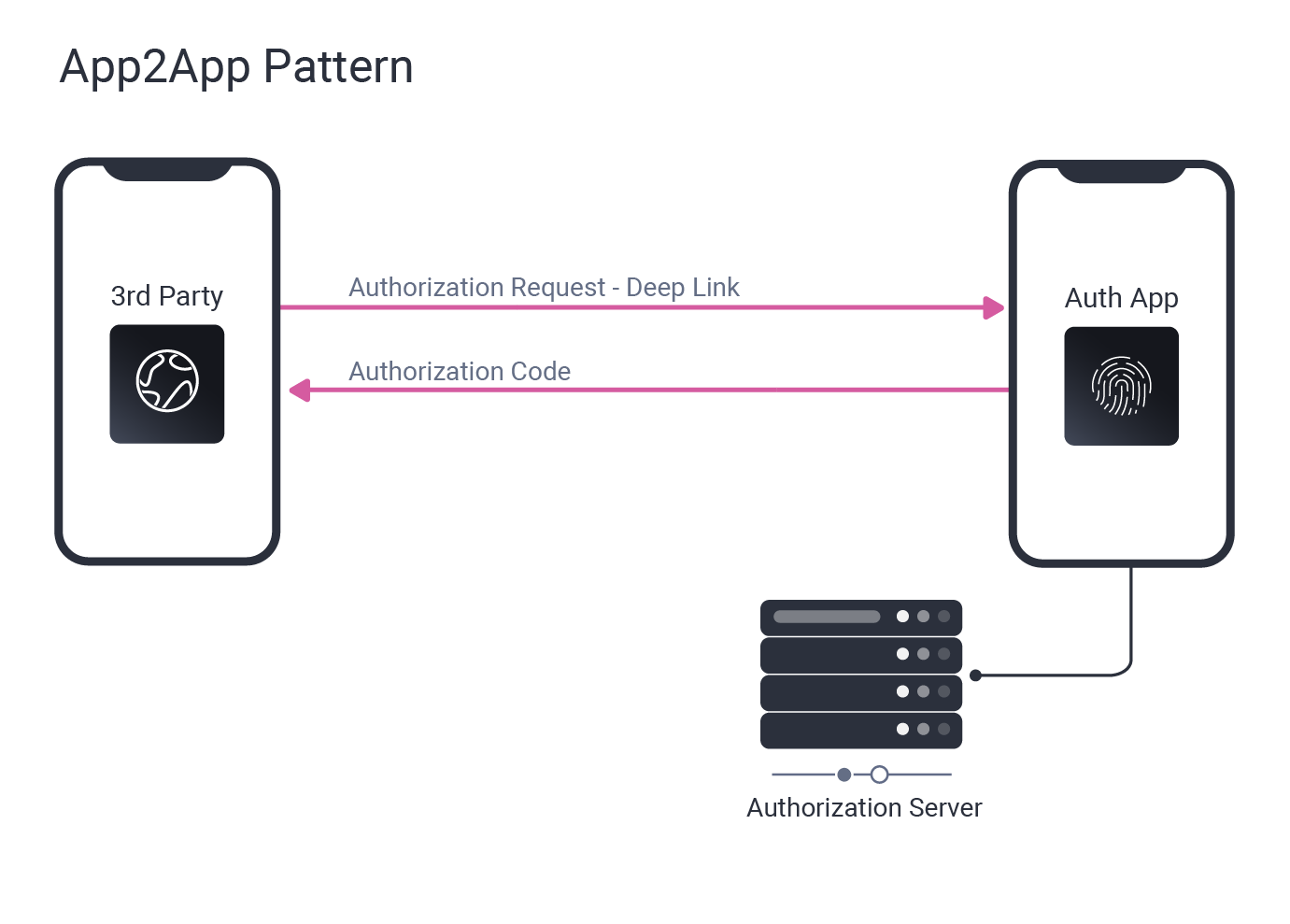 Having the server drive the authentication workflow is something I firmly believe is key to making your platform a long-term success. Being able to change and extend authentication methods through configuration rather than releasing new versions of your mobile app saves so much development time. In addition, the ability to twist and turn the knobs to mitigate threats will make your platform more secure. And, being able to update the way user info is collected during authentication will make it possible to improve your authorization policies for accessing your services gradually. This is the reason I have always defended the use of browser components in mobile apps. And, when we decided to create an authentication API for the Curity Identity Server, this was something we had to solve.

Curity's Hypermedia Authentication API (HAAPI) is a fully-featured authentication server entirely driven by hypermedia. Being hypermedia-driven, all responses contain information on where to go next and what info to collect from the user. This makes it possible to create fully automated clients that simply do what the server tells it to do, which also means you can drive the workflow from the server. For example, if you want to add an authentication method, just update the config, and the client will follow suit. The same goes for asking the user for an email address. 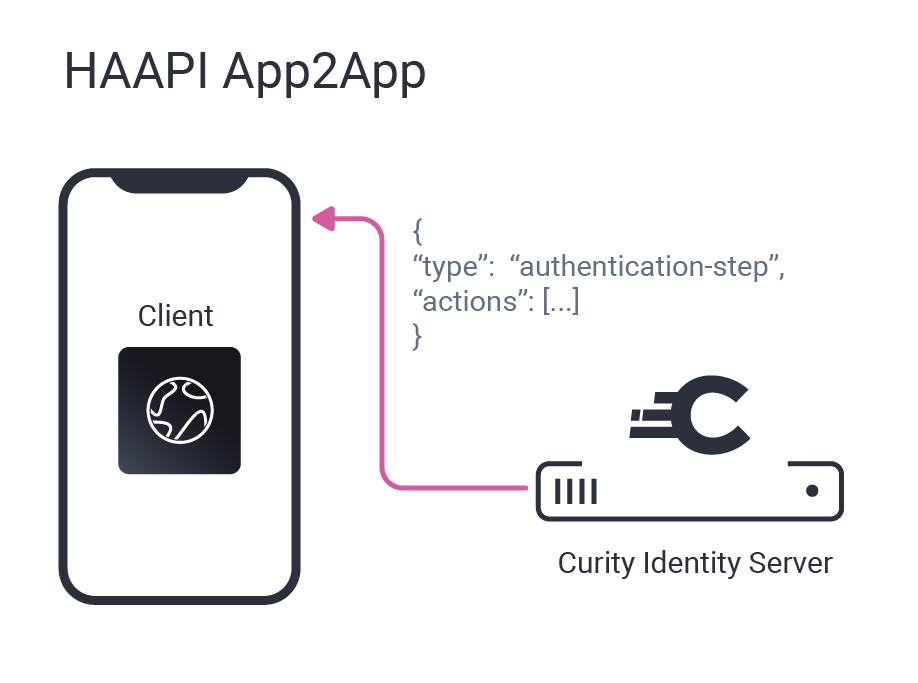 In an App2App scenario, HAAPI can provide information on how to launch the third-party app. For instance, when Swedish BankID is used, the response can contain a deeplink to start the application directly without going through a browser or external app first. 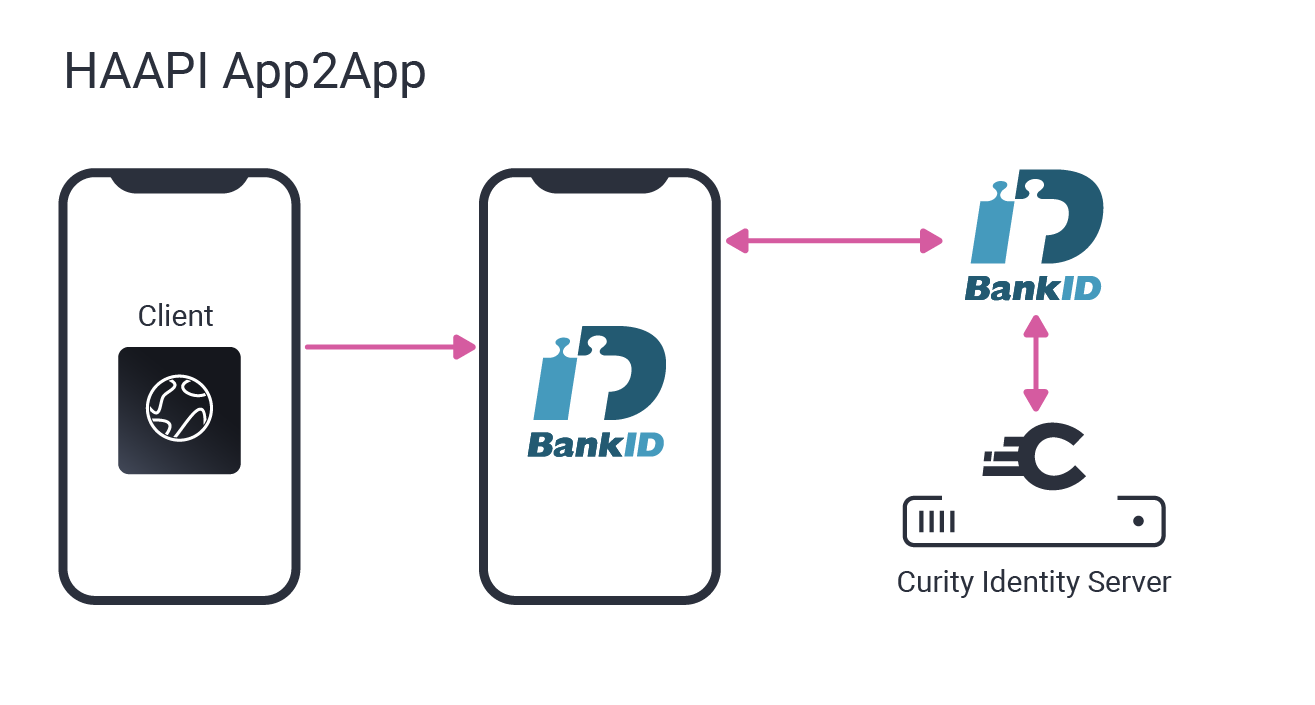 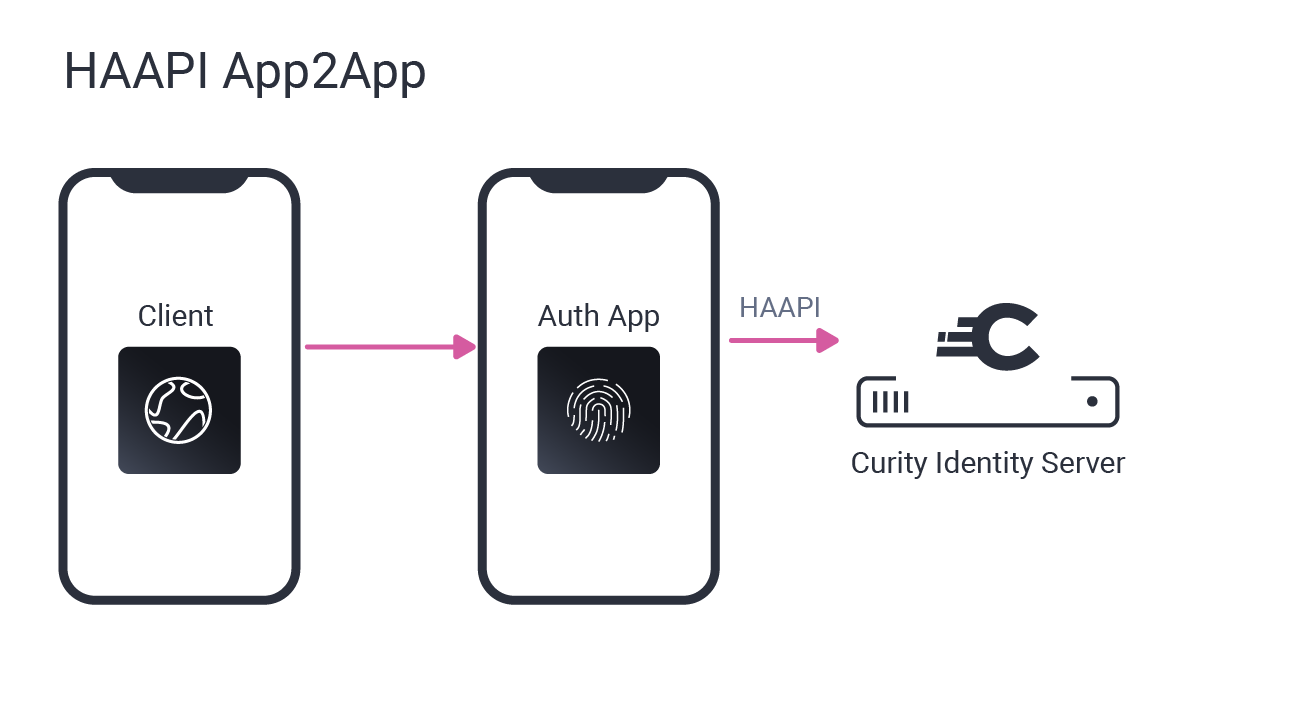 Since this kind of API becomes very powerful, it also becomes important to know that the client requesting authentication is the client that was authorized to access the information. Core OAuth authenticates using static client credentials, and in a mobile app world, it is hard to distribute those credentials so that they can be trusted. HAAPI requires the app to perform an attestation procedure for this purpose to make sure that the app has not been tampered with. This attestation procedure uses frameworks provided by the platform and utilizes app IDs and signing certificates to make sure that this is the trusted application.

Authentication is complex, and the requirements are ever-changing. Building mobile apps that implement those requirements can be frustrating if there is a need to make code changes every time something new pops up. By using the Hypermedia Authentication API, most of that complexity can be put in the hands of the Curity Identity Server instead of your developers.

To read more about HAAPI, head over to the resource section and browse the ever-growing list of articles and videos on this subject. I truly believe this is the way to solve the puzzle of high security and good user experience.